App Development for the Surface Hub – What Are the Challenges 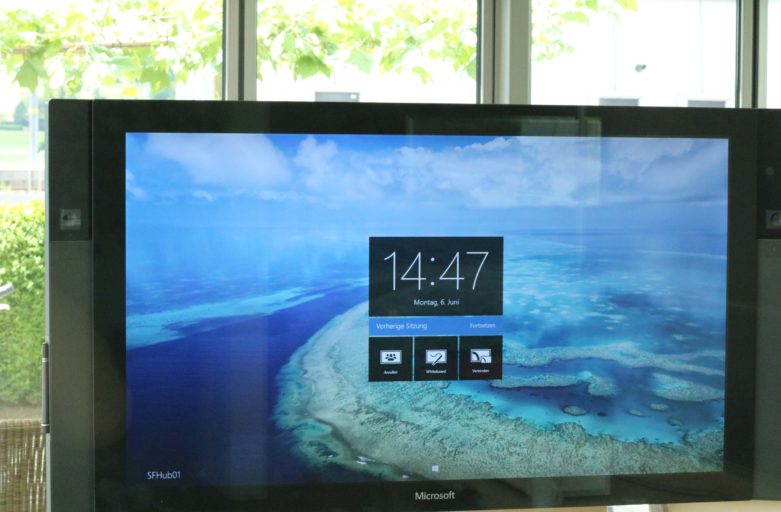 The target of universal apps is to offer the user a natural and personal experience in the handling of technology, depending on the used device.

Imagine that you have a phone app with a button of the size of 0.5 cm. If you use that phone app in tablet mode, the button will already be adapted to a size of about 2cm. This is okay since users always have about the same distance to the device whether phone or tablet. If you use the same app on the Surface Hub the button is again a bit larger and has a height of about 10-15 cm. To what extent this is useful for the operation and for the ease of app usage, is an open question. If you sit 3 meters away from the Surface Hub, the button appears big enough to be seen and the label can also be read well. However, once you stand in front of the Surface Hub, the button is way too large and can have a negative impact on the usability of the app on the Surface Hub.

For the development of really good apps for the Surface Hub, it is imperative to optimize the user interface for the large multi-touch surface.

Another difficulty with the use of universal apps on the Surface Hub is that most of the existing apps have been developed for a “single-user” use for Phone and Tablet. The Surface Hub is a device that allows”multi-user experience”

Only if apps are optimized for the user experience for large-area screens, users will actually use them on those devices. The digital revolution can only succeed if the technology is user-friendly enough to make operation natural, intuitive and personal.

Touch to the Future