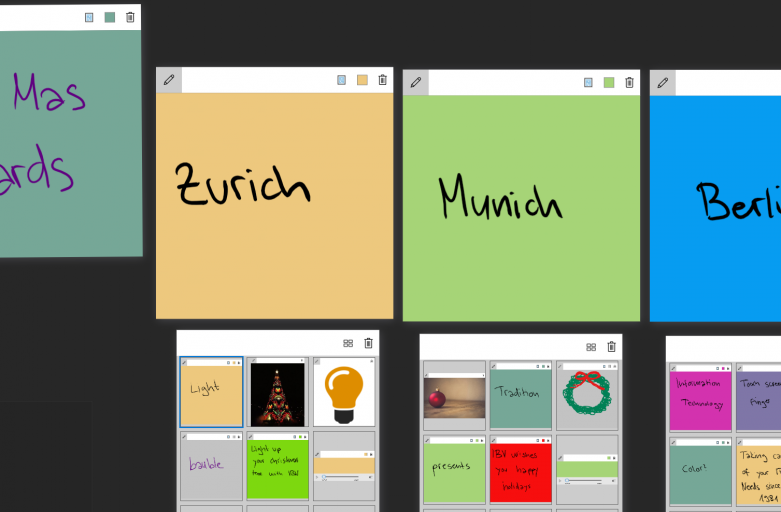 Update (March 2016): We added a Gamestorming template to CollaBoard to help you jumpstart your sessions. Simply click on New Project, then swipe left to access the list of templates. Give it a try!

Brainstorming is often the only solution to the complex business problems we face every day.
Unfortunately though, brainstorming is not always effective, either due to group dynamics, or simply because the situation requires a complete paradigm shift. This is especially true when innovation is at stake and none of the traditional business processes can be used.

In the 1970s new techniques, later reunited under the name Gamestorming, started to be employed by several teams across Silicon Valley to overcome the limitations imposed by traditional brainstorming. Gamestorming is essentially brainstorming with the use of games. These enforce constraints which help overcome obstacles raised by situations or personalities in meetings, and they do so by shifting group and thought dynamics.

Our app CollaBoard is a great resource for handling collaborative and creative processes in business environments such as Gamestorming, especially when it comes to coordinate employees across multiple locations, as in IBV’s case.
As constant innovation is one of our key values, we decided to try Gamestorming ourselves in one of our latest meetings. In particular, we played the 3-12-3 Brainstorm[1] game, credited to James Macanufo, by involving employees in three different locations: Zurich, Munich and Berlin. Here is what happened.

We chose to brainstorm about this year’s Christmas Cards. For simplicity, we divided our team into 3 sub-teams depending on location: one team in Berlin, one in Zurich and one in Munich.

We started with generating ideas, each on his own, and writing them on sticky notes in CollaBoard. In this phase, the game feels similar to traditional brainstorming, but with two key differences: first, each team member worked on his own using his PC, tablet or Surface Hub/Surface Studio, thus without the fear of being judged and the risk of forgetting while waiting to speak up. Second, the strong time constraint, three minutes, meant no time for self-doubt. Once each sticky note had been written, the team members moved it into the dedicated, location-specific grid library. Once we were done with the solo brainstorming, each team chose three random sticky notes from the grid library and started developing a concept around them. The challenge of this particular phase is that the three different cards can involve clashing ideas: it is exactly in this phase that team members need to consolidate and work together in order to truly join forces. Luckily, we had CollaBoard on our side, and were able to visualize and work through our concepts in sketches, images and prototypes.

In this phase, our teams used the sketches made during phase two to present their ideas to the other teams. Thanks to the seamless integration of Skype for Business, employees could talk to each other from their locations while showing their concepts on CollaBoard. We ended up with three different Christmas Cards proposals in less than 30 minutes, ready to be presented to the marketing manager.

Plus, we all got to leverage ideas from the other team members and work more effectively together.

And that was it – a great Christmas Card in less than 30 minutes!
Want to know more about Gamestorming with CollaBoard? Stay tuned for our next posts.